About Stalag VIII A

Home > About Stalag VIII A

The camp for prisoners of war, non-commissioned officers and soldiers was established at the beginning of September 1939 and closed on 8 May 1945. It was the first prisoner of war camp in the military district VIII Breslau and was placed in the Eastern part of Görlitz – Moys (today: Zgorzelec-Ujazd).

At first it was a transit camp (Durchgangslager – Dulag) which was located on an 18-hectare field alongside ulica Lubańska. The prisoners lived in tents with space for 300-500 people per tent. It was mainly soldiers of the Polish army, Belarusians, Lithuanians, Ukrainians and Jews who were prisoners of the camp. On 23 September it was renamed StaLag VIIIa. At the end of December 1939 the prisoners were transferred to the main camp in Görlitz-Moys which was located near the military training area on the right side of the road from Görlitz to Reichenau (today: Bogatynia). The camp covered 30 ha.

Numbers of prisoners and nationalities in the camp

In September 1939 8,000 Poles were in the camp, in October 1939 10,082 prisoners were registered with 9,238 of them assigned to the labour batalion, in the middle of the year 1940 there were only 1,400 Poles left. In the summer of 1940 20,000 Belgians and Frenchmen arrived at the camp. Among them were 120 clerics and students of theology. On 28 February 1941 23,582 prisoners altogether were registered in Stalag VIII A, among them 17,395 Frenchmen, 6,107 Belgians and 80 Poles. In July 1941 a transport with 2.364 Yugoslav prisoners arrived. As of mid-1942 transports with Soviet prisoners arrived. In the autumn of 1943 the arrival of the Britons added a new nationality. Among them residents from the British Isles, Canada, Australia, New Zealand and South Africa. In October 1943 23 American airmen were temporary prisoners of the camp. After Benito Mussolini was overthrown, more than 6,000 Italian prisoners arrived at the camp in December 1943. 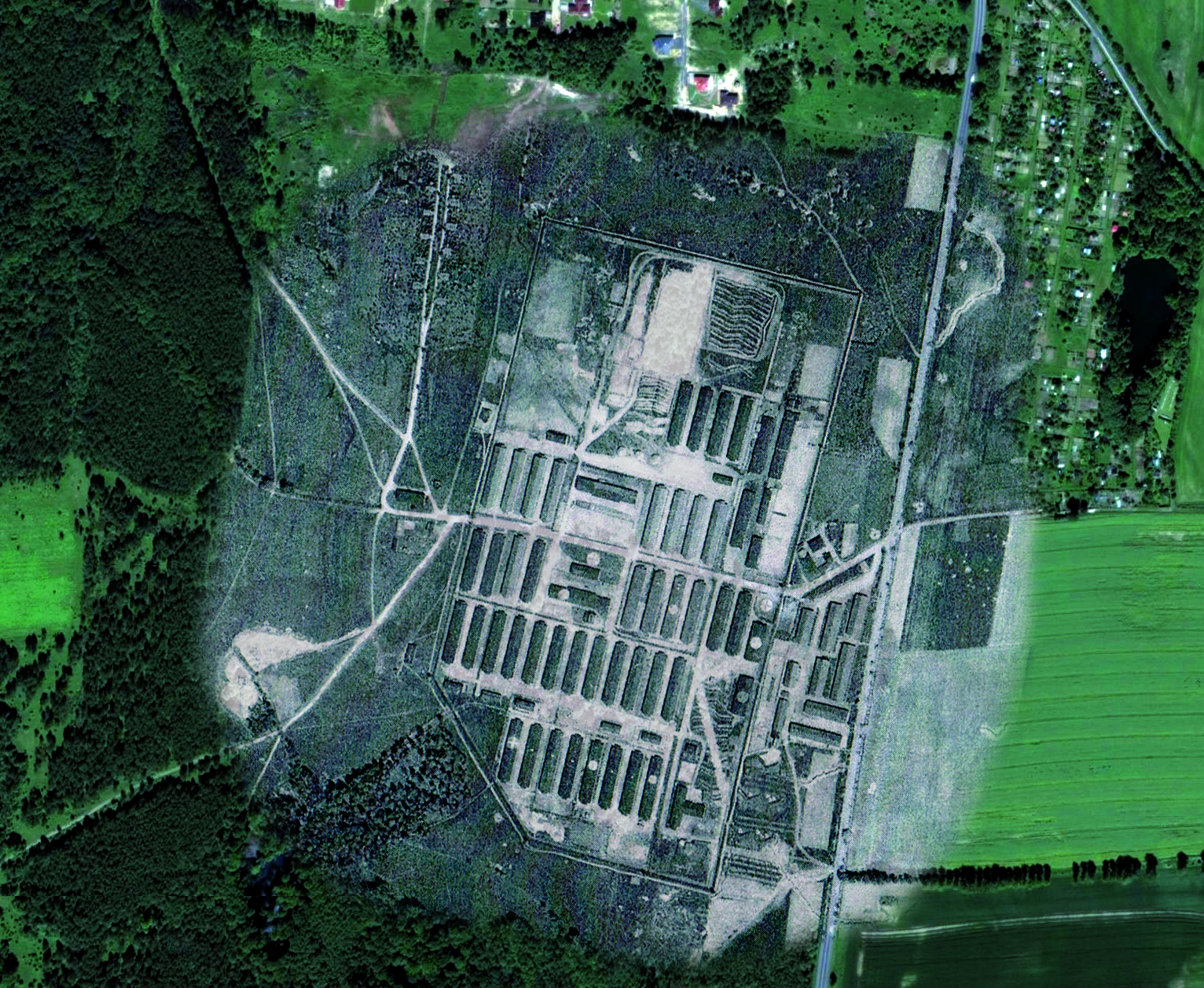 Most of the prisoners of war only stayed in the camp until their registration was finished, afterwards they had to be available to work in industry and agriculture. They worked in almost all German economic fields and in the armaments industry. The labour batalions were located in the immediate vicinity, in Görlitz and in the countryside. Only the people who were certified as unfit for work or fit for limited work, non-commissioned officers and convalescents stayed in the camp. The labour in the camp included the fields of administration, medicine, storage, distributing packages from the families or the Red Cross, the functioning of the workshops (tailor and shoemaker), the organization of the library, religious practices, education, art (theater, concerts) and sport and was part of the area of responsibility of the older prisoners under administrative supervision.

Music in the camp

The composition QUARTET FOR THE END OF TIME by Olivier Messiaen was an historical event in Stalag VIII A. The premiere of the quartet was on 15 January 1941 with the prisoners of war present. The composition by Messiaen is a musical masterpiece and has been performed worldwide for numerous of times. The fact that it was composed by a prisoner of Stalag VIII A under primitive conditions increases its popularity further.

The military hospital and the infirmary of the camp were always overcrowded. At the beginning the medical service was merely symbolic. It was restricted to the administration of vaccinations against contagious diseases. Because of the poor diet and sanitary conditions there was a dysentery epidemics among the western prisoners during summer 1940. 15 of the 400 ill persons died. The Italian and Soviet prisoners were the worst affected because they were denied all medical help. Typhus epidemics broke out in various forms among the Soviet prisoners. Towards the end of the war their situation improved slightly. The seriously ill were sent to the military hospital.

Red Cross inspectors criticized among other things the poor conditions of the clothes of most prisoners and the lack of medication in the military hospital. In winter the barracks were hardly heated and in 1944 there was registered a lack of water. Against the guidelines of the Geneva Convention they often acted in accordance with the principle of collective responsibility.

Situated in the camp were a prison and a punishment barrack which were separated from the other barracks by barbed wire. There prisoners were detained under severe conditions. The reasons for  imprisoning were attempted escapes, non-attendance to musters, non-execution of orders by the guards or the civilians they were subjected to during working hours, and stealing food.

The evacuation process was carried out gradually from February to May 1945. The evacuation took place on foot, while all means of transports driving in front of the people for military purposes. Iit claimed further victims. One part of the prisoners was taken to Bavaria, the other to Thuringia where they were freed by the Allies. The last evacuation of the camp took place on 7 May when the Soviet army freed the prisoners.

The location of the cemetery for the Polish prisoners who died of the dysentery epidemic in the transit camp at ulica Lubańska is not known. They were probably buried in the nearby forest. Part of the prisoners was buried in the communal cemetery in Penzig (today: Pieńsk). There was a hospital to which  ill people from the Görlitz camp and from the front were sent to.

The Americans, Belgians, Frenchmen, Yugoslavs, Poles and Italians were buried in the Evangelic cemetery at the present ulica Cmentarna. There were also Americans and Italians who were buried at ulica Łużycka next to a sand and clay pit in the southern part. The Russian prisoners were buried in two collective cemeteries. One is located behind the camp (to the west) in a sand pit (probably 10,000 bodies). The second one was located next to the sand and clay pit at ulica Łużycka on the western side. Here, officers were shot in 1943 (approx. 50). It is highly probable that the prisoners who died of a contagious disease are buried under one of the mentioned pits.

After the war many of the bodies of the western prisoners were exhumed and partially sent back to their home countries. During the 1940s the American commission exhumed the bodies of 6 prisoners, two from the Evangelic cemetery and 4 from the area at ulica Łużycka. In 1947 the French commission exhumed 199 Frenchmen and 60 Belgians. It cannot be determined whether the 28 Yugoslavs buried in the evangelic cemetery were exhumed. In 1962 the commission responsible for building a Soviet cemetery advised the town administration to exhume 50 anonymous single graves and to relocate the bodies to the collective cemetery for prisoners of war. This, however, has never been realized.

The exhumation of 471 Italian bodies took place in the years 1957-1959. However, the representatives of the Italian government were looking for 506 bodies in Zgorzelec. It can be assumed that 35 Italian prisoners who were not found might be buried in the cemetery for the prisoners who died of contagious diseases.

In 1948 the city council of Zgorzelec decided on the dismantling of the barracks; so the materials could be used to rebuild Warsaw and other Polish towns.

The proposal to erect a memorial on the area of the former commandant’s office of StaLag VIIIa was made by French and Polish veterans who also were former prisoners of war. The memorial was designed by Tadeusz Dobosz, an artist from the Institute of Fine Arts in Zielona Góra and is made of Bolesławiec (Bunzlau) sandstone.

On the sandstone plate next to the memorial we can read:

Stalag VIII A: A place sanctified by the blood and martyrdom of the prisoners of war of the anti-Hitler coalition during the Second World War – 22.VII.1976

On the initiative of French veterans a marble slab was attached to memorial of StaLag VIIIa in 1994. On the slab we can read in Polish and French:

Through this camp walked, in it lived and suffered ten thousands of prisoners of war“